Everyone knows now of the slow housing market and the point that several people are losing their homes.  Although there is, another section of the housing market that is rarely talked about but which is being hit hard as well by the present situation.  And the banks - who began the whole "tumble" - and who "greatly profited" in creating the "tumble" - are still making BIG from it!

First, let's talk about the homeowner.  In the 1990's, banks established a GOLDMINE in the housing industry - the equity loan.  They started a huge marketing program to inspire people to take their savings (money) out of their homes and use it.  They advertised that the homeowner could "spend the money on anything you want - a vacation, college tuition, home improvements, new car, whatsoever".  The banks then continued to assess the home over the home's real value and loan people equity close to 125 percent of the home's true value.  This means that people would no more have any savings in their home - they would owe the whole value of the home at that time.  Anybody who didn't take out the money and use it looked at as a foolish person - to have credit cards or pay interest on anything else, when they had money available in the home that they could take from. People used their homes like an ATM.  Anytime the bills got bigger, they just refinanced and took cash out or borrowed on an equity loan. Who made the most with fees and interest? The banks!

Who made more money on these loans? The banks! The homeowners didn't care about the fees the banks charged or the closing costs. The one thing they care was the big fat amount of money they could take out and spend - as if it were the lottery. Who profited big? The banks again.

As times were great and home prices gradually rise, another section of the housing market developed.  In times of wealth, ordinary people turn out to be investors, acquiring homes and condos to give as a rental property.  This is a smart way to save money on taxes and offer those who cannot pay for their own home, by offering a nice place to stay for inexpensive monthly rent.  The other benefit, of course, was the increase on the property and having someone else assist you to pay for the mortgage on the loan.

The issue, however, was that much of the money they use in investing came from home equity loans that they had taken out on their primary homes. The banks made this simple by providing "second mortgages", with huge fees of course, and added payment fees and fines to make sure they made a high profit, irrespective of the life of the loan and with second mortgages; you could buy a 2nd or 3rd or 4th house or condo with very small down. But when the market prices fell and the rise never came, people lose money on the rentals and it resulted in losing on their personal houses also, due to the home equity loans we talked about above.   The only ones still certain of making money?  The banks.

Presently, that people have spent all of their savings in their homes and they owe over the value they could sell the home; many homeowners are letting the house back to the bank...in foreclosure. As many foreclosures as there are, it's still a small percentage of the total market.  Because it is such a small percentage, the banks can "dump" the houses for half of what would be the real value.  This further reduces the market value of the other homes that are for sale.  It's peanuts to the banks, but to the other homeowners out there that have to sell for one reason or another - it's overwhelming.

The worst part is that when the crisis hit, the government introduced programs to bail out, guess who?  The banks! 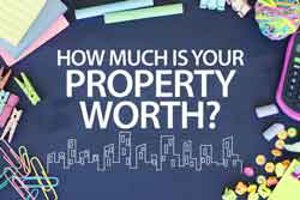