Peyton Homes and Condos for Sale

This immaculate well kept Rancher with all the builder upgrades will feel like home the moment you walk through the covered entry way door. Enter and be greeted with hard...

Move-in ready and impeccably maintained ranch with fully finished basement. From the moment that you enter through the covered porch, you will feel home! True main level ...

Delightful one level ranch living on 5 acres with expansive views and trees. Whether enjoying an inspiring sunrise or savoring the exquisite sunsets, this property restor...

Come and see your dream home! This gorgeous 2 story Aubyn home is located in the desirable neighborhood of Meridian Ranch. It is close to schools, parks, and shopping cen...

The ONE you’ve been waiting for!! All the upgrades, landscaping, and community to call home. Main level living with that desirable 3 car garage. Great room concept wit...

Come and see your dream home! This gorgeous 2 story Aubyn home is located in the desirable neighborhood of Meridian Ranch. It is close to schools, parks, and shopping cen...

Your new home awaits! This 3bed/3bath home will check all your boxes. The covered front porch welcomes you into a living room with vaulted ceilings & gas fireplace, the m...

Your new home awaits! This 3bed/3bath home will check all your boxes. The covered front porch welcomes you into a living room with vaulted ceilings & gas fireplace, the m...

This gorgeous and spacious two story home is tucked neatly on a large lot with stunning views of Pikes Peak. As you pull into your oversized two car garage, you will see...

This gorgeous and spacious two story home is tucked neatly on a large lot with stunning views of Pikes Peak. As you pull into your oversized two car garage, you will see...

Enjoy your space in this custom home. Details like solid doors and a perfect layout await! One-of-a-kind granite dining room set with 8 chairs is just one bonus! Room f...

Soaring Mountain Views from the Rampart Range to the Twin Peaks near Walsenburg, provides the home owners with enhanced Pikes Peak views, like few others. Situated on a n...

Beautiful ranch home with 4-car attached garage, including room for an RV. Featuring a very spacious and open layout throughout, this home provides an abundance of living...

Fantastic hard to find 1/4 acre lot home on a cul-de-sac with a 3 car garage! When entering, you will immediately feel at home with this wonderful floor plan. Another sur...

This spacious, open ranch style on a half-acre lot in the heart of Falcon, just minutes away from local shops and parks, will not last. Located on a quiet cul-de-sac, pro...

This is the perfect home if you need some extra space - both inside and out. With a rare full acre of land that backs to open space and a trail and six bedrooms in the s...

Beautiful ranch home with 4-car attached garage, including room for an RV. Featuring a very spacious and open layout throughout, this home provides an abundance of living...

This beautiful, fully remodeled home awaits you. Located on a cul-de-sac, this home is so much larger than it looks. New sod and an automatic sprinkler system in the fron...

Don't miss seeing this main level living ranch home situated in a cul-de-sac and on a spacious lot with new carpet throughout! You will appreciate the open concept once y...

This Ranch home nestled in Meridian Ranch has all the bells and whistles. Upgraded cabinets with pullouts, extra raised outlets, widened walk/doorways, upgraded carpet an...

An absolutely lovely home awaits your visit. Covered patio entrance invites you to enjoy the serenity of a pleasant morning. Upon entry you'll be captivated by the arche...

This open and spacious floor plan entices you in and draws you to see each room. Enter in and the main level greets you w/ hardwood floors, high ceilings, w/ a great room...

Delightful one level ranch living on 5 acres with expansive views and trees. Whether enjoying an inspiring sunrise or savoring the exquisite sunsets, this property restor...

Information is deemed reliable, but is not guaranteed and should be independently verified. Buyer or Buyer's Agent to verify measurements, schools, tax, etc.

Pride of ownership surrounds you the moment you enter this immaculate ranch style home in desirable Meridian Ranch. There is about every upgrade you can imagine, the sell...

If you are looking for peace, serenity, and open spaces with plenty of room to roam around, pasture your horses, or just enjoy the great outdoors, then this highly desira...

The perfect move-in ready home for you! This low-maintenance and beautiful home is just three years old and nestled in a friendly community packed with amenities, includi...

WHAT A RARE FIND in PEYTON!! This 5.14 acre horse property is perfect for the auto enthusiast, carpenter, welder, or artistic-minded buyer! Come home to a completely re...

One-of-a-kind ranch style home, located in the desirable Meridian Ranch community. This home is on a large half-acre corner lot on a cul-de-sac with 5 bedrooms, 3 baths a...

Multi-Generational Home On 35 Acre Ranchette With Expansive Views. Only Minutes Away From The Conveniences Of The City! Enjoy The Peaceful Solitude Of Wide Open Spaces Wh...

Malibu home plan offers a covered front porch at entry. Inside the home has a front living room and a family room opens to the kitchen & dining room. The kitchen has a la...

This beautiful luxury home is situated on 2.5 acres and is part of the largest pilot owned Airpark in Colorado. 3 runways, only 16 miles from downtown Colorado Springs. T...

Come home to 40 acres and almost 5000 square feet of quiet and unbelievable views of Pikes Peak. You can easily be self-sufficient in this home and yet have easy access t...

Come home to 40 acres and almost 5000 square feet of quiet and unbelievable views of Pikes Peak. You can easily be self-sufficient in this home and yet have easy access t...

Go and Show. This two-story home has a wide-open floor plan with 3 Bedrooms, a kitchen with granite countertops with a nice island. Plenty of Parking and a 3 car garage. ...

Come check out our amazing two story floor plan, The Other Guy! This plan boasts tons of great features to include open concept main level living, a mud room, and huge ki...

Lovely large 2 story home in Falcon Highlands. Home is located close to Woodmen for an easy commute anywhere in El Paso County. Great curb appeal from this home, out fron...

You'll definitely want to come take a look at this 5 bedroom, 3 bathroom home nestled in the highly desirable Meridian Ranch neighborhood . Step in the front door and no...

Country living with many extras and only 3 miles to Falcon. Remodeled and updated manufactured home on over 5 acres. Home has been set on a permanent foundation and purge...

*** Amazing rare Ranch opportunity on just over 5 acres with AMAZING VIEWS of the Bluff's, you won't want to miss*** over 4700 finished square feet in Rivers Divide. Th...

The Arlington is a luxurious ranch style home with dramatic vaulted ceilings that welcomes you into an open flow living concept with a beautiful gourmet kitchen, dining r...

Come enjoy country living on this quiet cul-de-sac drive. Beautiful mountain view from the deck and master bedroom! Only a 10 minute drive to the Falcon Shopping Center...

This Gorgeous Custom Built Ranch Home sits on a 2.86 Acre Lot in 4-Way Ranch. A Fully Paved Drive way was added to this flag lot with plenty of extra parking and an Attac...

EXTRAVAGANT! SELLER HAS PUT OVER THE TOP UPGRADES FROM STUNNING QUARTZ COUNTER TOPS IN THE KITCHEN WITH THE DECORATIVE TILE THROUGHOUT. THE LARGE FOYER WELCOMES YOU, KICK...

EXTRAVAGANT! SELLER HAS PUT OVER THE TOP UPGRADES FROM STUNNING QUARTZ COUNTERTOPS IN THE KITCHEN WITH THE DECORATIVE TILE THROUGHOUT. THE LARGE FOYER WELCOMES YOU, KICK ...

The multi-level design of this home is perfect for any family. This model features 2 separate living rooms, a spacious kitchen with all the appliances, a counter bar for ...

This two story floor plan is one of our most popular plans! The main floor is completely open concept with sight lines out to the back of the home. This floor plan boasts...

Welcome to Colorado ranch living close to everything! One Level Living on over 2.5 acres; Easy access to HWY 24, 5 miles from Safeway in Falcon, 13 miles from Peterson AF...

The real estate listing information and related content displayed on this site is provided exclusively for consumers' personal, non-commercial use and may not be used for any purpose other than to identify prospective properties consumers may be interested in purchasing. This information and related content is deemed reliable but is not guaranteed accurate by the Pikes Peak REALTOR® Services Corp.

Peyton/Falcon Homes and Condos for Sale

15 miles northeast of downtown Colorado Springs, Falcon has an approximate population of 10,514. The Denver and New Orleans railroads crossed the area in 1881, and later the Chicago and Rock Island railroad also crossed. By 1888 building lots were being sold, and by 1896 there were two hotels, six saloons, stockyards, two general stores, two train depots, a newspaper, and a school. 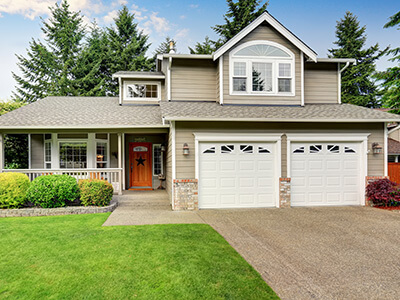 The passenger rail business decreased with the coming of the automobile, and when a major flood in 1935 took out the Colorado and Southern tracks they were not rebuilt, so the Rock Island Junction closed. By the early 1990s residential development was happening at a quick pace, and by 2000 the population had doubled. With its close proximity to Colorado Springs, this historic town has the best of both worlds— the big city and the smaller town atmosphere. One of the highlights of the area is the Black Squirrel Creek Bridge, listed on the National Register of Historic Places. It lies between Falcon and Peyton, Colorado. The High Prairie Library opened in 2010 to serve the community. The Antler Creek Golf Course opened in 2004 and is known as the longest golf course in the state of Colorado.  Falcon has seen solid growth in recent years. There has been substantial commercial development in the form of shopping centers and restaurants. Students in the area attend the Falcon School District 49.

The real estate options in Falcon include everything from older ranch styles and manufactured homes to neighborhoods of newer contemporary homes. With the Schriver and Peterson Air Force bases close to Falcon, there has been rapid growth in the area. Whether you are looking for a home in a neighborhood or a home on acreage, you will find many new buildings in Falcon. This growing community has many things to offer. The weather averages winter highs in the upper 30s and lows 15-20 degrees. Summer temperatures average highs are between 77 and 82 degrees, with lows in the 50s. Add to that the beautiful surrounding country and great history, you will find Falcon to be a must-see destination for home buyers searing in the Falcon area. If you would like more information on homes for sale in Falcon, Colorado, please contact us today and allow us to assist you. 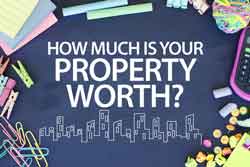